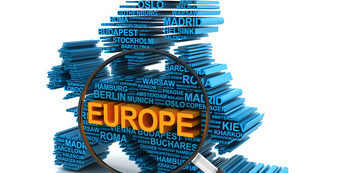 EWoB, dont l’Association Femmes experts-comptables est partenaire, and Ethics & Boards have launched their first European Gender Diversity Index. This comparative ranking highlights the best practices of the 200 largest European listed companies with regards to gender diversity on Boards, as well as in the roles of CEO/Chair of the Executive Board.

The 200 largest European listed companies from the STOXX Europe® 600 index incorporated in the 9 EWOB countries (Belgium, the Czech Republic, Finland, France, Germany, Italy, the Netherlands, Spain, the United Kingdom) are part of the EWOB-Ethics & Boards GDI 2018. The date for the selection of the panel as well as the company data taken into consideration, was July 31st 2018.